Through the support of our
energetic and unique team of experts.

What happens when you combine Archery and Dodgeball? You get something amazing, you get Archery Tag or also known as Battle X!

With just a foam-tipped arrow and one of our awesome coloured bows you can immerse yourself in an epic battle between friends, workmates and even just unsuspecting people you've just met!

In every location where Archery Attack operates we run mobile Arrow Tag events. Just get a group together and then choose a location to play because we're fully mobile and can bring the fun to you.

Two teams, consisting of 5 to 10 players each playing opposite one another, are separated by a "Safe zone". Each team also has what we call a "5 spot target". There are two objectives: 1) to hit the opponents, and 2) to know out the five discs of the opposing team's target. You eliminate a player by hitting him or her with an arrow, or by catching his or her arrow. The 5 spot targets work to save a "life" of one of the player. A "hit" player can be called into the game when a target sport is knocked out or when a teammate catches an arrow.

There are few different games that can be played with Archery Tag and are explained on the day.

Unlike some other sports, the only safety equipment required to play Archery Tag is a face-mask. Players experience virtually no pain when "hit" with our Archery Tag arrow. 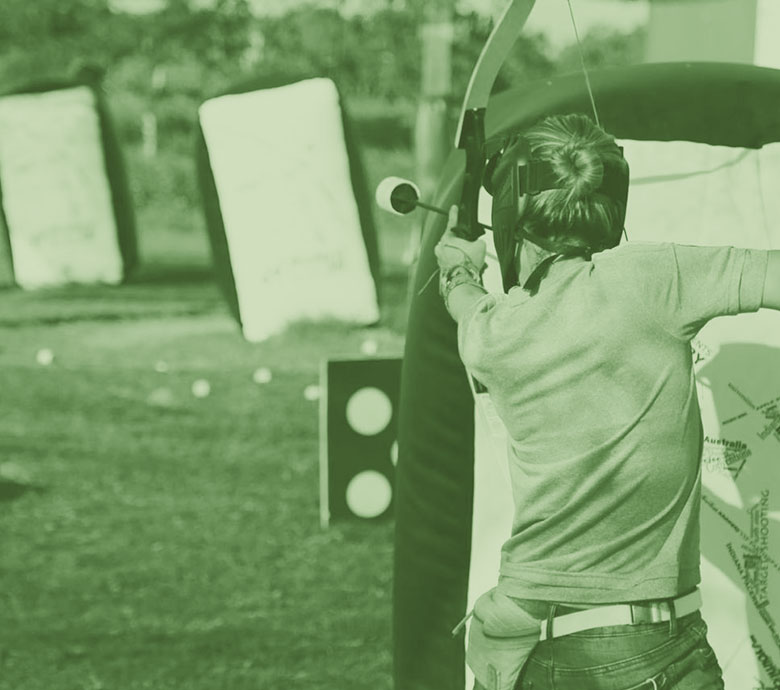